It’s hard to believe we’ve lived in Tbilisi for three years already and we have just one year left. Four years seemed like an incredibly long time to live in a country I knew nothing about and a city I could barely pronounce before arriving, but now I’m afraid our remaining time will pass by too quickly. Abby had just turned 1 when we arrived – now she’s four and we have added sweet William, so things have certainly changed for us!

Note that the recent picture above was taken at Carrefour. Yes, she wore a dress, a play tutu, necklaces, fairy wings and a tiara to the grocery store. I’ve given up.

One of the best things about a four year assignment is that we haven’t had to worry about bidding in several years. Our grace period is over now and I’m already feeling some anxiety and stress about the bidding process this fall, our options, and the uncertainty ahead. I know there are no perfect posts, and I also know that we’ll deal with whatever comes our way.

Two weeks ago, Abby had her last day of preschool. Her class held a little celebration, singing songs and showing off their achievements for the year. We’re so grateful to Ms. Natela and all of the staff at QSI for instilling a love of school and community in our girl. Onward to the 4 year old class next year! 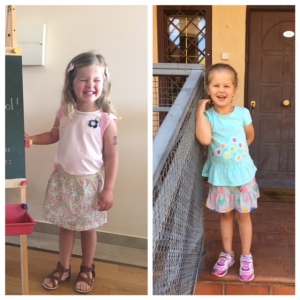 QSI has a summer camp program that Abby is attending for the next two weeks, but in July we’ll be spending more time at home because my mom is coming back! We are so, so excited for her visit. I’ve mentioned many times that it’s not easy traveling this far, but this will be my mom’s 4th trip to Tbilisi and we’re so thankful that she loves to visit us. I told her that I had a few simple tasks for her during her time: 1) teach Abby to swim, 2) teach Abby to use the brakes on her bike, and 3) get William to stop whining. She laughed and said “okay that’s week one, what else?”. We’ll see how that turns out!

Most of our summer days are spent playing outside and at the swimming pool. William in particular is loving summer – wearing what JR describes as “tasteful tanks”. Here are a few more pictures of our summer days! 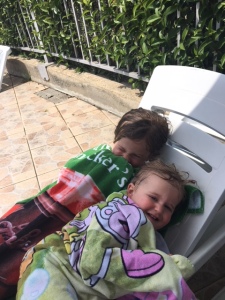 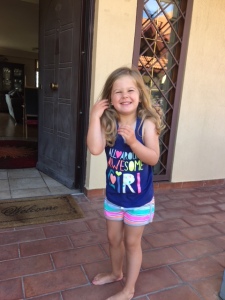 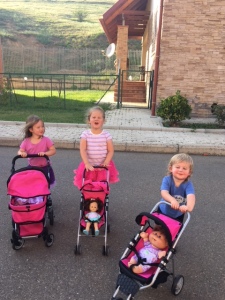 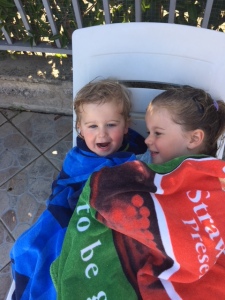 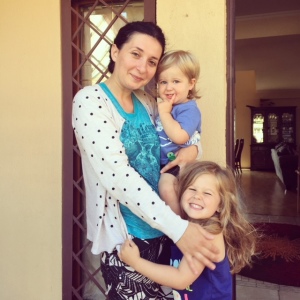 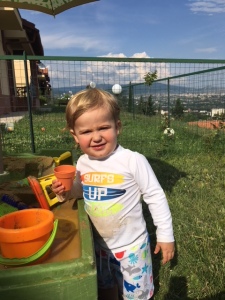 We hit a major milestone in our family a few weeks ago when Abby started preschool. She’s in the 3 year old “Jolly Stars” class at the international school right beside our neighborhood. We knew she’d attend this school, but we still met with the director earlier this summer to ask questions and learn more about the program. He was very patient with me as we went through my long list of questions ranging from “What happens if she doesn’t eat lunch?” to “Do you have safety drills for an active shooter on the campus?” I’m definitely that parent. 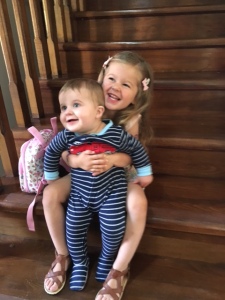 On her first day, she was so excited to put on her backpack, meet her teacher and classmates, and she wasn’t phased at all when JR and I said goodbye. She handled it the same the next day, but then we had a weekend together and that following Monday was rough. She cried, she was so upset and didn’t want me to leave. And it was awful. I felt like a terrible mother, even though I knew she would be fine. I knew she liked school, I knew she was safe and happy there – even though I knew all of those things, it broke my heart to leave her there crying. She did that multiple times the second week, but I’m happy to report weeks 3 and 4 were tear-free!

We love asking her about her day and hearing her version of events. Who she played with, what she learned, what they’ll do tomorrow.  She was thrilled to bring in her seashells from our Florida vacation for her first Show-and-Tell, and she loves visiting the library. She’s not too happy with their lunch options yet, but we’re not giving up because I really, really do not want to pack a lunch every day. 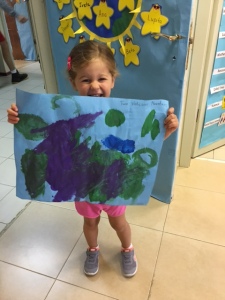 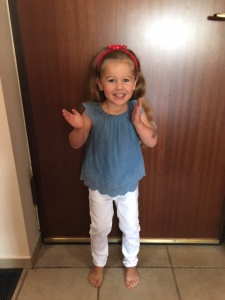 When she’s not amazing us with her vocabulary and sweetness, she is testing our limits by being a normal three year old. (Or so my mother says, I’ve insisted the child might actually be possessed.)

William also had his own little milestone -he’s 9 months old now! He is crawling, babbling (JR thinks he’s saying Dada already but we won’t be counting his first word until he says Mama), has two bottom teeth, and he has the best giggles. Just like Abby at this age, he’s a Daddy’s boy. He lights up when JR enters the room or cries if he walks away. When I walk in he’s kind of like, oh you again. 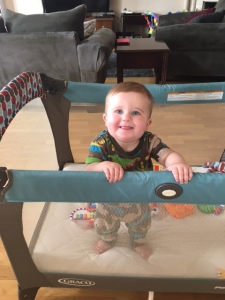 He’s tried so many new foods and I’m learning new recipes and ideas to avoid eggs. The first round of egg-less banana bread turned out just okay, but the second recipe we tried was much better. I’m going to continue to tweak it a bit because we really like muffins/bread in our house so it would be great if we had more options for him to eat. The egg-free pancakes were no good. I mean the kids ate them, but I was not impressed. This is all pretty new for me. I’m decent in the kitchen but I’m a strict recipe-follower. Many of the recipes that are egg free are also designed for kids with other allergies, so they might avoid dairy, nuts, wheat and/or soy. Since we only need to replace the eggs, I’m making some changes to existing recipes and hoping for the best.

It’s fun watching Abby and William try to “play” together. Right now that means him following her around and trying to take her toys. Little does she know this is just the beginning! 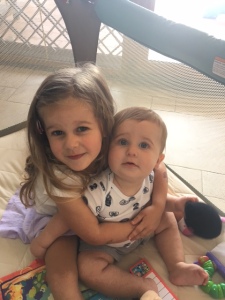 We’re losing sleep but having a great time with these two, although recently I looked at JR and asked, “How did we get here? Wasn’t it just yesterday that we were out all night at Lodge Bar?” Time flies! 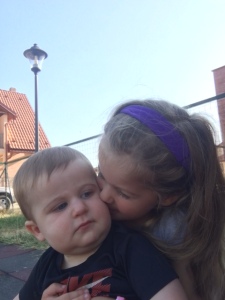 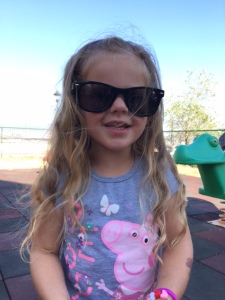