More than a month (!) has passed since my sister visited us in October. I’m terribly behind on blogging but determined to catch up.

Abby was over the moon to pick up her Aunt Jamie at the airport. 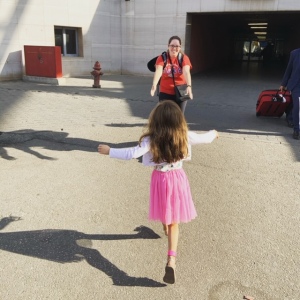 Having my sister here was just the motivation we needed to cross off some major bucket list items in Cairo.

First and foremost, the pyramids! There are signs that say please do not climb, but you try keeping kids off of them while listening to a long-winded tour guide in 90 degree weather. I thought the weather would be much cooler. I thought we should semi-color coordinate our clothes and take a nice family photo for potential Christmas cards (something I haven’t managed to pull off in about 5 years). I had a vision. I thought we should have Jake come for the first part and then it’d be easy enough to send him home with the nanny.

I thought a lot of things and they were all wrong.

BUT! The pyramids were really cool to see. JR, my sister and the big kids actually went underneath one of the smaller ones in what our guide called “an Egyptian sauna”. I was especially impressed by the Solar Boat, this massive wooden boat that was found buried beneath giant stone pieces in front of one of the pyramids. Ancient Egyptians believed this vessel would carry the pharaoh into the afterlife. 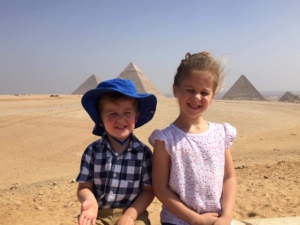 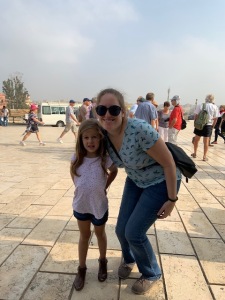 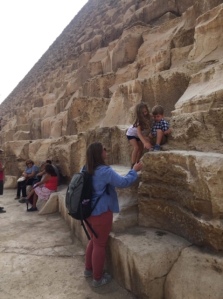 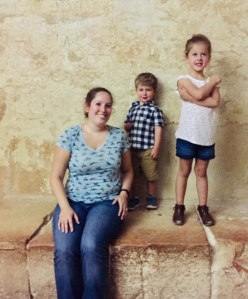 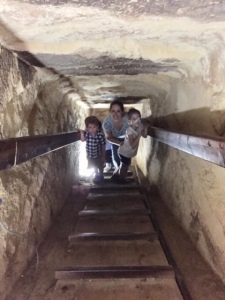 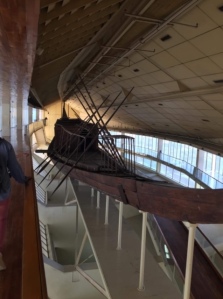 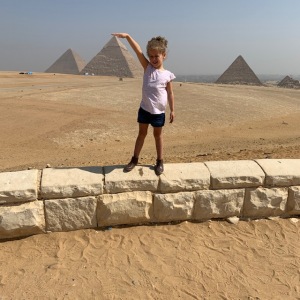 We took my sister on a felucca (small boat) ride on the Nile and let the kids tag along. I went back and forth on whether or not I was supposed to put them in life jackets (which we don’t own) or at least a puddle jumper for William. But I’ve never seen anyone, American or Egyptian, do that so we felt reasonably safe with our adult-to-child ratio and just went for it. I’m much more concerned about crocodiles, to be honest. Sure, everyone says there are no crocodiles in this part of the Nile but everyone knows that: 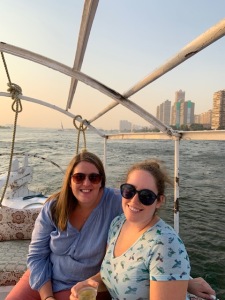 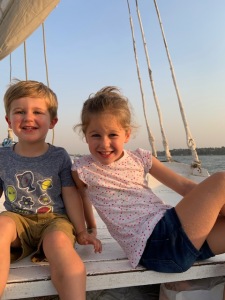 We spent a morning shopping for bargains at the Khan, and since my sister is a foodie, she was excited to sample the different cuisines and restaurants here. She was also the first member of our family to visit the Egyptian Museum. The rest of us are holding out for the opening of the brand new one, which will hopefully open in 2020 (read more here).

The week went by too quickly, as it always does, but we are so grateful for the time spent together. Come back soon, Aunt Jamie! 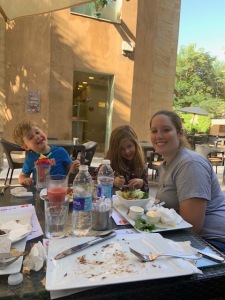