After looking in one of our drawers the other day, we realized that we are collecting money. It’s not that we have a lot of money to spend, it’s just that we’ve been visiting countries with different currencies and we either take out too much while we are there, or forget to exchange it back to Euros before leaving.   Also, because of the exchange rates, it’s possible that this pile of money is really only like $25 USD. I have no idea, because math is hard and exchange rates are complicated.

Starting at the top, we have our US money. A few family members sent us cash for birthdays and Christmas, so we’ve just kept it to the side for our next trip home. Working your way down the picture on the left hand side, there is the British Pound, Bulgarian Lev, Macedonian Denar, and Thailand Bhat. In the column on the right, we have the Euro (why can’t everyone just use the Euro?!), Ghanian Cedi, Croatian Kuna, and Albanian Lek.

We have a lot of lek because when we visited Albania with our friends, they took out way too much money from the ATM and asked us to exhange some for them since they were leaving post soon and wouldn’t be returning to Albania. Basically, they thought they were taking the US equivalent of like, $30 and wound up taking out $300. This kind of exchange error happens more often than it should, considering we’re educated adults with calculators on our phones.

While traveling this past weekend, we needed 3 different types of currency. Our euros work in Kosovo, but not for the toll roads in Macedonia (they require Macedonian Denar) or in Bulgaria, where they only take their Leva.

I’m used to the Euro now. The exchange rate varies, but is basically 1 US dollar equals .73 Euro. Since it’s our main form of currency, I’m always saying things like “oh it’s only 25 dollars” and JR likes to remind me, no it’s 25 Euro, which means it’s really $34. Not the same thing, apparently.

Since I can barely convert Euros to dollars, I have a lot of trouble when we visit other countries and I have to figure out what currency they use, and the exchange rate. Plus, I mix up trying to convert that amount into Euros or dollars.  Like I said, math is hard. 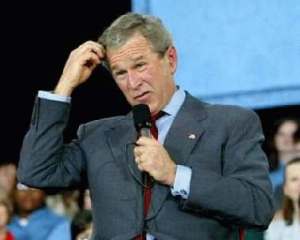